Rachel Arnold Sager is the creator of 2468 kids.com.  She has been breaking the rules that say girls should only wear flowers and boys should only wear blue for a number of years. Instead, she creates clothing and artwork that illustrate and encourage the natural interests of children.  Construction vehicles for girls?  Yes, please!  Pink for boys?  Definitely.  Having experienced a wide array of attitudes around this subject over the years in the preschool arena, I was interested to hear Rachel’s take on the subject as a mom and designer.  Plus, I love her stuff and want you to see it!  Here we go!

I know that your frustration with the gender associated designs (princesses for girls, dump trucks for boys) on clothing in stores were influential in the creation of 2468Kids.  Can you tell us a little bit more about this?  Was there a straw that broke the camel’s back, or was it more of a buildup over time?

I knew for a long time that the messaging directed at our kids could be problematic, but it really hit home one day when I was shopping for my toddler daughter. I had a bunch of different brands before me and they were just SO different. The colors, the messaging, the subject matter, all of it. Boys’ clothes were active and adventurous, while the girls’ clothes were pink (so much pink!), passive, and focused on being pretty/cute/sweet.

Where were the dinosaurs and the construction equipment for girls? Or the pink clothes for boys – pink is a great color! But “pink is for girls” and girls are… what? Weaker? Less than? Of course not. So I started 2468 Kids to fill the gap that is being left by all the big brands that remain short-sighted.

Kids like what they like – whatever their gender – and I hope 2468 Kids allows children to showcase what they’re excited about.

How do you avoid or try to balance the overwhelming amount of “boy” and “girl” items that are presented in stores, whether it’s toys, clothes, etc.?

I’m definitely trying to restore some balance with 2468 Kids!

For us, the color pink and Disney princesses are shoved in our face all the time. And while I don’t mind either of those things, I kind of resent that choice being made for my daughter. She’s four years old now and making a lot of decisions on her own, so we just try to make sure her options aren’t dictated by what mainstream stores or entertainment have arbitrarily decided are for her. 2468 Kids is about giving that same choice to other children and the adults that care about them.

What do you love about putting your clothes on children and your artwork on their walls?

The reaction I get from kids when they see my work is so rewarding. They know it’s for them, and they often recognize that it’s different from what they usually see.

Girl power is definitely very popular right now, which is just wonderful. That said, I have to admit my most enthusiastic supporters are the caregivers that know a boy that loves the color pink. Because while girl’s clothing is slowly improving, boy’s clothes remain pretty limited in their own ways… especially when it comes to pink.

I actually consider 2468 Kids to be gender-neutral, it’s a just a more colorful gender-neutral than people are used to. Pink is simply a color, after all… anyone can love pink.

As a mom of a young daughter, do you have some tips on how we can best allow children to make independent choices in what they want to wear, play with or create?  How do you encourage your own little girl in these areas?

First of all, give them more options! Girls are often boxed into a world of pink and purple – make sure there’s an orange or a blue choice mixed in there. Shop for clothes in the “boy” and “girl” section. Don’t allow the mainstream to dictate children’s choices; step in and set the boundaries yourself and buck the system a little.

Then, listen and support your child in their choices. Gendered roles are deeply ingrained in our society – you might have to push back a bit against well-meaning friends and family members. My daughter has short hair and is routinely mistaken for a boy; that haircut is what she wants, and I’m just following her lead. She is being herself and it’s good for other kids to see someone expressing themselves outside of the norm… it means if they want to veer off the beaten path themselves it won’t be as difficult.

Finally, recognize and enjoy the aspects of your child that might fall outside the gender norms. If your rough-and-tumble boy wants a doll, foster that nurturing instinct; if your daughter wants to play in the mud, let her get dirty. They are learning and growing from that play, and will be better humans because of it.

I’m all about early literacy!  I have a feeling you are too 🙂  Are there any titles or authors of children’s books that you particularly love—and that support the philosophies and views of 2468Kids?  And with your design background, I’m interested in hearing about illustrators that you are drawn to as well.

Oh my, we are big readers and we LOVE our local library system here in Pittsburgh. My mission with 2468 Kids is to support kids in the stuff they love. In our family, books play a big part in that idea of kindness and support, especially when we’re reading stories with characters that don’t look like us reacting to situations we haven’t faced. I’d say the landscape for children’s books has markedly improved in the last several years. There is some really great stuff out there.

Representation is super important, and exposing kids to a variety of people, cultures, lifestyles, and religions allows them to be more empathetic and unbiased when they encounter those things in real life. I also think we can trust kids with so many of the subjects we often seek to hide from them, especially since kids’ books often offer tools to deal with hard subjects – we’ve discussed death, bullying, and othering. I believe that regardless of age, all the humans in the house are made a bit better by a really good children’s book. As a parent and an illustrator, I’d love to create a children’s book someday.

The following are not only wonderful stories, but also exquisitely illustrated. They are favorites in our house:

If you’re looking for a resource for great reviews of children’s books, especially from an activist perspective, I highly recommend the Facebook group Raising Luminaries. I’ve learned a lot from this group, and I’ve checked out – or passed on – books based on the reviews found here. 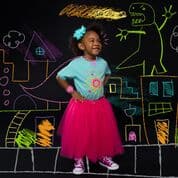 Awesome, isn’t she?  Many thanks to Rachel for taking the time to answer all of my questions and dig a little deeper into a topic that is hopefully on your mind from time to time 🙂  Now you know a little more about 2468 Kids and Rachel’s wonderfully embracing philosophy. I’m sure you’re ready to fill your children’s walls with her art work and their closets with her clothes.  No time like the present–go check out all her amazing designs at 2468Kids! 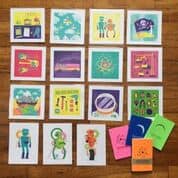 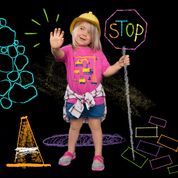 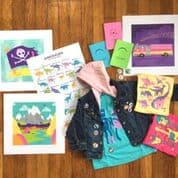 Nature Tools With Play Dough You might already know that I love to use play dough with preschool kids.  I love the soft squishiness of it, and its...
Read More

Spices and extracts can add lots of scented fun to your preschoolers' day!  Adding a scent to normally unscented activities can be both stimulating...
Read More 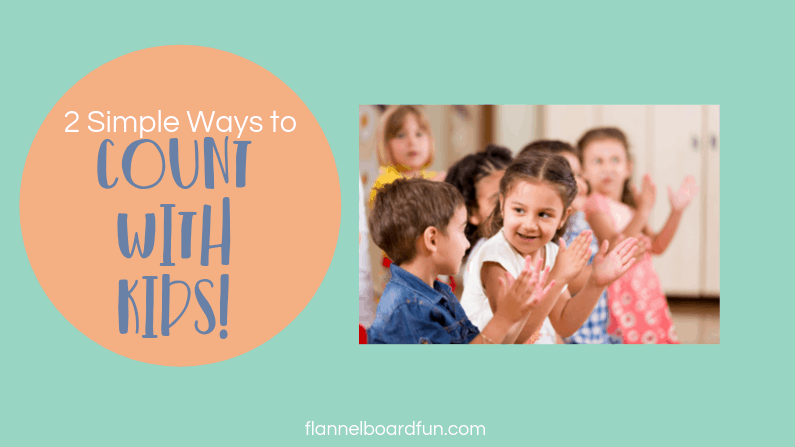 Count with Kids! Counting and other early learning math skills need to be fun and playful for kids to benefit from them.  No quizzing, no stress. ...
Read More